The Search For Our Beginning Could Lead To Our End
Discover More ›
14,351 Members | 7 Currently Online (84 in the past 24 hrs.)
Prometheus & Prometheus Sequel Movie News, Info & Community

LV223
From the shadows of the tunnel the  Deacon emerges, like a great black hairless tarantula.
It enters the Urn Chamber, walking  on fours like an ape, ducked to fit through the opening, its limbs long twists of exposed musculature and knobby joints, moving with the mindless rhythms of an arachnid.
Its hands and feet are out of proportion to its body, organisms unto themselves, fingers and toes like black scorpion legs cleaving deep furrows in the soil.  Some digits are missing. The wounds weep. Acid rolls off its flesh in bright clots, incinerating all it touches, random holes opening in the soil and sinking to unknown depths, shrouding the abomination in foul smoke that curls around and through its anatomy, a distorted  mass of knurls and projections like hot wax left to cool in zero gravity. Twisted meat. But it's not meat, not really, it's an imitation, a mechanism, an affront to nature. It is a lurid black executioner of sanity itself.

The survivors kneel behind the Head. None carry explosives, so the Synthetic has recommended rigging a flame thrower to explode, which they are doing.  Numb with fear and hampered by their gloves, it's a clumsy affair. The synthetic does not offer to help. It advises the Raijin to lock down. Too late, 6 more heavily armed crew are already speeding to the Dome.

The Deacon advances, Urns crumpling under its weight, bursting, disintegrating, the  ground turning to a black mud of potent Eitr, absorbing into its wounds.
New digits erupt like fractal roots from the points of amputation, long thin branches of animate tissue, seemingly with a life of their own.

The survivors have seen enough to know there is no hope. They intend to commit suicide and kill the Deacon in one action. As they bend to the task, the Synthetic backs away and turns to the Altar, examines it briefly, and fits his fingers into the glyphs on the outer edge.  A green object atop the plinth like a splot from Fates' caulk gun crackles and fractures, clear fluid running from the breaks. It shatters wetly, brilliant flakes falling away to reveal a squishy protuberance. Being a Synthetic, he touches it.

The Deacon seems to notice the Head. Or perhaps it hears something.
At the center of the confusion of limbs a grimace appears,  nearly a meter across, like no mouth in God's kingdom.  Peeled lips reveal clenched incisors bathed in caustic saliva. With wet cracks the  jaws part impossibly wide as it vomits forth a protrusible mucosa lined with mandibles that yearn outward, regurgitating a shredded Agent. A stew of tissue, bone fragments and morsels of suit spill to the ground. Like an offering.

The survivors see none of this, but flinch at the shriek that follows.
Before the Synthetic a door with strange carvings opens  like a huge blind eye, strings of transparent material  hung in the opening. He steps around the Altar, reaches out to touch the matter.
One of the survivors sees the door open and, panicked, runs past the Synthetic into the room, actually the top of a large pit. The Synthetic makes no move to stop him. With a yelp he slides helplessly down to the center of its only feature, a huge, clear, gelatinous membrane, 10 meters in diameter. He slides on his back to the center as if on ice,  arms and legs spread to arrest his movement, and immediately starts to sink into it like a hot marble in butter, crying out for help. But there is only the Synthetic. Out of the frying pan, and into the fire.
An explosion erupts through the door above, the Synthetic in a protective crouch and shielded by the Altar as flame and debris surge past it.
Weblike strands grow around and into the wailing survivors' suit as flaming rubble strikes the far end of the shaft. The survivor begs for help. The membrane is closing over him. Diamond hard strands are now growing inside his helmet like fungus,   penetrating his skull, his eyes. Immobilizing  him. They turn red at the punctures, spreading outward. Watching, the Synthetic contacts the rescue party. The Deacon digests a crew member, pukes him out, dropped in the goo, makes an egg? Or is it something new?

Im intrigued to see more of this PARANOOBIUS.

I wonder if we could get all the installments of Paranoobius together in a thread??

I feel like I want to read them all together...

have you had any works published??

To all- you guys make doing this fun and I'm so very happy you're enjoying it! Oneironaut, the memes you post are a riot and I show them to all my friends, it's great validation because, Tankgirl, no I'm not published, I haven't put this much work into fiction I think ever, and most people dont know me as a writer. DenzelTH, you're on the right track, but with the wrong guy. Part 1 ( in Prometheus discussions, not Prom 2 where it belongs) may shed some light.
I used to be heavily involved in music and loved to write lyrics, major psychedelia. This however is a newfound passion for me, it's all of you and of course Prometheus providing the inspiration to move forward and yes there's plenty more on the way. It's a huge responsibility! I do hope I can take this where it needs to go, and promise to do my best. I'm trying to submit new chapters every two weeks, on Friday. Stay tuned peeps!

Major Noobius, you have done it again & left me longing for more. You are indeed very gifted, thanks for sharing your talent with us!

I am officially a Major Noob groupie! LOL

I love this Synthetic when i picture him from the way you describe i see a merciless medium height ninja-like person who moves like the creepy sand-filled self mutilating surgery fetishist (clearly have forgotten name!) from the first Hellboy movie.........

the vomitting behaviour is intrigueing wonder whats gonna happen to Vickers now.... how many Raijin crew remain besides Synthetic?

"Questions will be answered!"

I'd like to see people do storyboards for the different installments youve given so far anyone else like that idea? mods? peeps on here are certainly artistic and creative it sets the forum apart i feel..... ive been sketching for female engineers but now i fancy drawing Synthetic!

Caenor, great idea yes! it would be nice seeing a visual interpretation of Meister Noob's work (Can I call you that? It has a nice ring to it!) Mods, what say you!

The site has loads of peeps with the artistic talent to match Noobmeister's writing!

LOL Oneiron, love all your memes!

ok, be gentle its a sketch for yutani synthetic based on googled image i got when i entered 'japanese tough guy' he just looked the part to me the sketch top right is all me though maybe too small here?

apologies if i've got the wrong symbols for synthetic.... for all i know it might say nylon or synthetic detergent! 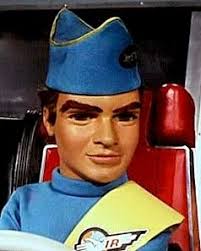 What is your favorite Sci FI Movie one-liner?

I was watching Aliens today and I was a amazed at the conviction in Ri...

hi i thought id put some pics in a thread thats more non-specific, as ...

Sad news indeed, regarding the loss of this very talented man. I don't...

What is it about the alien series movie that made you a fan?

What made you an alien fan? At what point did you say to yourself "shi...

Just after discovering the Decapitee, David climbs a ladder to access ...

This forum has 7,357 discussions

This forum has 210 discussions

This forum has 709 discussions

This forum has 593 discussions

This forum has 132 discussions