Watch the trailer and browse the full list of Prometheus BluRay extras!

Prometheus is now available in for digital pre-order on iTunes weeks in advance!

Get The Details Here »

All you need to do is design your own adult "Deacon Alien" and you could win a large scale UK Prometheus Poster!

Get the details here »

The scene from Prometheus where the Engineer chases Shaw was originally much longer, and in the Blu-Ray release of Prometheus, you'll be able to view the full scene! The official Prometheus Facebook page posted this image recently to highlight the scene and also asked fans what special footage their most excited to see.

I knew the Engineers were the intellectual type! Now why did they cut this off??? 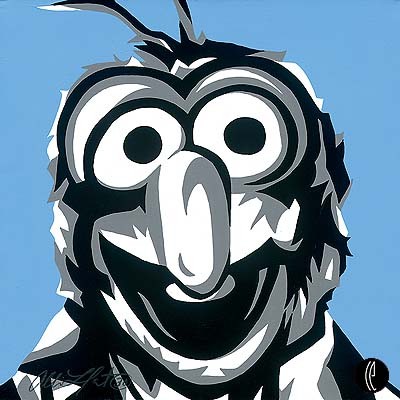 Wonder what he is reading....?

Maybe the Script and he is thinking, what a load BS some of this is lol.... "ahh dont matter they would maybe cut it out anyway" is what he then said.

or was having a dump?

This is a very interesting part and it makes you wonder how much more was to this scene, it clearly shows the Engineer to be intrigued with the Humans and thats how he looked to me by his facial expressions even in the Butchered Awake the Engineer Scene in the Theatrical Release.

This adds to the Sacrificial Scene as the extended one on the so called we get our answers release... well did not match some of the images we saw shown on here where we saw the Elders in more detail and closer. The actual extras scene was not much longer than the actual Theatrical only we see a bunch of Engineers walk behind the Sacrificial one and then the one Elder gives him the Bowl and they both have that look of sorrow on their face.

When the actor who played the Sacrificial Engineer did say he had to speak a few words of Alien Dialect. Which we never saw even in the Full Scene...

Thats because again maybe that full scene was not the full scene, just as this image above proves the Last Battle Scene was even longer still.

Makes you wonder how long the David and Engineer full scene was as Lindelof did say there was originally two pages of Dialog, what we saw was half a page.

An Engineer learning about us, about our thoughts, our knowledge, our art. Fascinating. I haven't even watched the scene and I'm already sorry it was cut.

I've seen some of the deleted scenes... but now that i've seen THIS.

They purposefully pulled a Kansas City Shuffle because they KNOW. THEY KNOOOOW that people will want to buy the video release once they see the deleted scenes. After watching the movie in its original theatrical version. Which was a complete mess!

It's their strategy to make money.

Now... On top of that. If the alt ending features the Engineer NOT dying.

And actually giving some insight as to why he was the last one. And what his role was.

Then i might just poop myself. Just a little.

And change my thoughts of the movie altogether.

My closing statement will be... Ridley Scott. You're a dirty...sneaky, bastard.

And you may, just MAY have redeemed yourself.


But Lindelof can still drop dead

Yes, I'm beginning to think Prometheus was just a hi-lite reel, with the actual substance being saved for the DVD, so you pay twice$$$$$. That's probably the future of film. See the first half in the theater, then wait 4 months and pay to see the rest on DVD. A clever bait and switch, until it's figured out.

I think Oduodo's questions are the most important ones to ask, because they will lead us to what's to come in the sequel. Mind you I just finished watching the deleted scenes and the full dialogue between the engineer and David. So beware of spoilers here!!!


You mean he was asleep for 2000 years and was surprised by the advancement in technology we achieved ?

In the deleted scenes, the engineer speaks to ask 2 questioms: why were the humans there in the first place. and why does Weyland wants to live forever. These questions lead us to many clues about how engineers think and their way of life.

The why are you here question leads me to believe in the theory that there are either (1) two factions of engineers, or (2) they evolved since the milinia that passed from the point of self-sacrifice seeding the world to ~1 AD when they planned to destroy humanity. If we consider scenario 1) we can say that the good ones who sacrifice themselves to create worlds are the benevolent ones (angels). They are most likely the ones who visited Earth trying to advance our morality, warning us about the plans of the bad engineers (demons) to destroy us.

If we consider scenario (2) we could say that even after all the warnings they gave us, we did not heed and don't deserve to live. Therefore, we failed the experiment by continuing to be savage. I am more inclined to believe scenario (1) because the origin of all engineers is a place called paradise, and we all know that according to the bible both angels and demons come from paradise.

The experiment was supposed to achieve a more advanced evolutionary species that could act as the perfect progenitors for the engineers. Children they can be proud of, capable of understanding their origin without resorting to violence. An offspring they can hand off their knowledge to, ensuring their survival. This is really the only answer I can come up with. The flip side to all of this is the Xenomorph DNA, which could've possibly been created to anihilate worlds that did not fulfill the engineer's standards. Another thing that comes to mind is the fact that the Xeno DNA turned out to be such a perfect organism, that the second faction of engineers started focusing more on it, because of its purity. Hence the murals/tomb.

I think its safe to say we failed it all. What I don't understand is why in the 2000 years, did they not return to LV-223 and proceed with the destruction of humanity??
Why were WE the ones to activate their goal by waking that engineer? I think this is what leads me to believe there are two factions of engineers. Or that the plot is riddled with holes. Or that there maybe more than two kinds of engineers, free to seed worlds and destory them as they please.

Surely the engineer would have seen a female of our species before ?

I really think this is a moot point. I did not notice any special attention paid to the females by the woken engineer. He was equally violent to all the humans.


As a final note I totally thought the same things about the marketing of this film. This may be the only way they can make money in an era of torrents and filesharing.

I got the Bluray Collector edition, it has all the deleted scenes and extra;

but the movie is still just the theatrical movie, i 'm very disapointed

I really love this picture. Creativity is a sign of intelligence, so he was (obviously) fascinated by the chandelier, music, and in this picture, the book.

This forum has 7,006 discussions

This forum has 80 discussions

This forum has 195 discussions

This forum has 652 discussions

This forum has 570 discussions

This forum has 191 discussions

This forum has 143 discussions

This forum has 111 discussions

Has the Prometheus universe been fused with Blade Runner's? 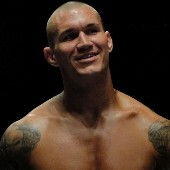 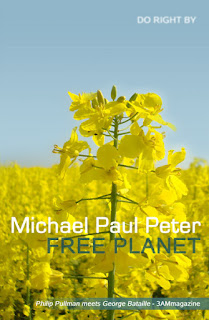 does the black goo, scarrab, nanotech DESTROY the Alien canon?