The Search For Our Beginning Could Lead To Our End
Discover More ›
13,801 Members | 5 Currently Online (139 in the past 24 hrs.)
Prometheus & Prometheus Sequel Movie News, Info & Community

Prometheus director Ridley Scott recently spoke about Prometheus, it's sequel Paradise and the rumors surrounding the Blade Runner sequel with Metro.co.uk. According to Ridley - Blade Runner is definitely happening. So read on for an excerpt from the interview!

What made you want to tackle sci-fi again?

I hadn’t done sci-fi for so long and I enjoyed doing it. Plus, when it comes to the Alien world, no one else had addressed the origin question and I thought that was interesting to tackle. Prometheus evolved into a whole other universe. You’ve got a person [Noomi Rapace’s Elizabeth Shaw] with a head in a bag [ Michael Fassbender’s David] that functions and has an IQ of 350. It can explain to her how to put the head back on the body and she’s gonna think about that long and hard because, once the head is back on his body, he’s dangerous.

So that’s the sequel?

[Laughs] I wish it was that easy. They’re going off to paradise but it could be the most savage, horrible place. Who are the Engineers?

Was it your idea to shoot in 3D?

Yes, but it was an obvious thing to do. I may as well join the club, you know? Celluloid is disappearing. The labs don’t exist any more except to service the old films. I like the digital process. It’s more reliable. You push a button and you get 5,000 prints that are all exactly the same but if I was going to do it physically with film, at the end of the process the chemical has gotten so used it’s no longer functioning. I would never use film again.

Why did you use a lot of real sets rather than full CGI like, say, Avatar?

[Laughs] Because it was a quarter of the price of Avatar. Sorry, Jim! I’m a cameraman, primarily. My films have always been criticised for being too visual, too misty, too this or too that, but I don’t care. We’re dealing with a visual medium; storytelling is entirely visual, as Hitchcock said. Because I went to art school and I can draw, I know exactly how the script is going to evolve into a film.

There is a rumour you’ll be making a Blade Runner sequel.

It’s not a rumour – it’s happening. With Harrison Ford? I don’t know yet. Is he too old? Well, he was a Nexus-6 so we don’t know how long he can live [laughs]. And that’s all I’m going to say at this stage.

For those interested in Ridley's return to the Blade Runner universe, check out BladeRunner2-Movie.com for more news on the film's development and to engage with other fans in the Blade Runner forums!

For those looking forward to PARADISE, Prometheus' sequel, be sure to visit the Prometheus Sequel Forums for speculation, news and discussions! 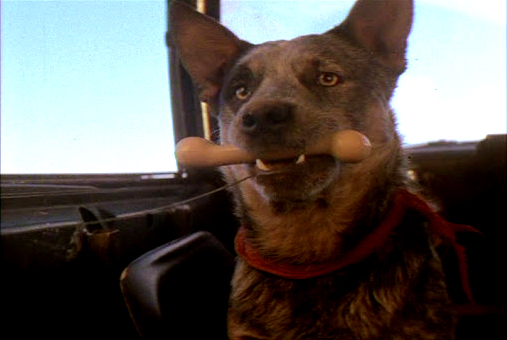 a prometheus sequel and a blade runner sequel......ok that's simple the best movie-news i ever heard

That's made MY day.

Scott staked him (H Ford) once, and he want a safe bet this time.

Deckard was a Nexus-6 for sure? According to Ridley he was!

I wonder if Weyland and Tyrell will meet..?

Yay! Best news in a while

Oh that's brilliant. Made my day too! Oh how sweet it is... bring on Paradise ASAP!

I don't understand how one would market a supposed horror movie called "Paradise" under the logic Ridley claims.

Deckard was a replicant in Scott's mind, but not in Ford's and I think the story is more interesting if Deckard was human after all. I'll go into detail if you care.

I hope Harrison Ford says "no" to Blade Runner 2.

I hope it doesn't tie to Alien or Prometheus.

I'll praise him for using real sets and props, though.

What would David have done if Charley Holloway had treated him decently?

I just got done watching the scene where Charles Holloway in a very di...

Prometheus packs that have the doco of the making of the movie.

Just wondering if people can help me with something. I bought the 3 in...

Commentaries: A great source of information on Alien / Prometheus movies

Hey I wanted to give a tip which may be obvious to some but unfamiliar...

There are a several Prometheus back stories thar are not addressed tha...

This forum has 7,264 discussions

This forum has 86 discussions

This forum has 205 discussions

This forum has 677 discussions

This forum has 586 discussions

This forum has 126 discussions