The Search For Our Beginning Could Lead To Our End
13,456 Members | 10 Currently Online (113 in the past 24 hrs.)
Prometheus & Prometheus Sequel Movie News, Info & Community

Over the course of the past 2 years, we tracked news daily on Ridley Scott's Prometheus leading up to its release this past June. Since then, reviews of the film have been extremely polarized. I for one, loved it. But one of the many questions fans wonder is "What could have been added?" to the film to possibly explain some of the ambiguous plot moments. The early revisions of the Prometheus/Paradise plot could hold some of these answers, or contain more clues to guiding us in the right path.

I received an email a few moments ago from "Damon Lindelof", entitled "Ooops" and inside was an attached PDF document entitled "PROMETHEUS - Draft #17". I put Damon's name in quotes as in the past, many of you know we've received numerous Fan-made scripts - the largest being Alien Harvest, initially thought to be co-writer, Jon Spaihts' Prometheus draft.

I figure, since the film is out and we've got a good 2 years before Paradise graces the big screen, why not show this to the fan community here. If it's fake, it's still fun to read through. I've read it through, but I'll let you pass judgement after you've read it. I've asked "Damon" to Tweet to us on Twitter @Prometheus_6812 to verify if this is in fact his work, or to simply say, nope - not mine.

Not long after Tweeting to Mr. Lindelof on Twitter about this "leak", the man himself confirms this is F A K E, 100% fan-made. Below is a snapshot of the conversation:

You can still have a read over the fan-script here:

Quite funny to see fans still attempting to circulate false scripts for a movie that's been out for quite a while now. Let us know what you think in the comments section below!

Thanks to Damon Lindelof for getting back to us to confirm that this was in fact fan-made.

If/when this is confirmed, I'll definitely read it. I'm not particularly interested in the work of a fan posing as Mr Lindelof...

I'll be the first to say I have my doubts. I don't think screenwriters leave their email address on their scripts for privacy's sake. But either way I thought I'd post this up for kicks.

If it is fan-made, it's quite funny to see fans still trying to spread scripts around after the film's come to pass.

@snakeboy › It's still fun to read through though. Even if it's fake.

Well, it's now officially FAKE - yet another one to add to the pile, haha.

I'm interested in what the creators had in mind, but not particularly interested in fan created content. I think I'll give it a miss now that it's fake status is confirmed.

But it does make me wonder about the kind of person who'd try to pass off a fan script as a "real" one and think that the truth wouldn't be revealed almost immediately. What are we? Idiots? 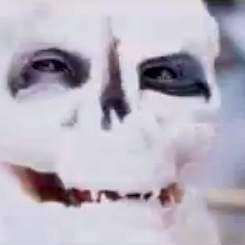 "IT APPROACHES HIM AND SMILES. IT TOCUHES AND GENTLY CARESSES. DAVID'S HAIR. DAVID SMILES AS HE FEELS LOVED BY SOMETHING, A FEELING HE HAS NEVER FELT BEFORE."

I'd have expected it to be spell checked also

what a tease! got me all hot and flustered!

If they were Gods

I notice when Engineer was hurting by the Shaw s ax, you can see a bla...

Sacrificing one's life for the god of others is a recurring theme....

Not sure if anyone's seen this already, but my bro-in-law and I made t...

This forum has 7,209 discussions

This forum has 669 discussions

This forum has 584 discussions

This forum has 121 discussions