The Search For Our Beginning Could Lead To Our End
Discover More ›
13,798 Members | 6 Currently Online (139 in the past 24 hrs.)
Prometheus & Prometheus Sequel Movie News, Info & Community

At the end of Prometheus back in June, for those who stayed to watch the end credits, the film ended with a shot of the Weyland logo followed by a date - 10.11.12 which was hinted at to be some big reveal set for October 11th, 2012. To some fans' disappointment, the What Is 10 11 12 campaign turned out to be a mere discount on the Prometheus BluRay release which was moved to October 9th, 2012, three days perior to the projected date of October 10th initially suspected to be the "re-launch date" for Prometheus.

Since that didn't really go over well with the fans of this community I brought it upon myself to put together something fairly big for them. Not saying Fox doesn't have plans for some more reveals, but official viral marketing aside, Prometheus-Movie.com has released a large giveaway for true die-hard Prometheus fans to enjoy.

The giveaway can be found at the address: http://www.Prometheus-Movie.com/101112. The 10.11.12 linking to November 10th, 2012 and ends on the 25th of the same month. I thought it would be nice to do something bigger for the fans of this film and this community who post here every day and really spill their ideas into great threads here for us - as a way to give back.

So, this giveaway is very LARGE in terms of prizes and should make any Alien/Prometheus fan happy, even if the original 10.11.12 was a let down. Below is a list of the prizes, which can also be found on the page linked to above:

I would like to thank 20th Century Fox, SEGA and Dark Horse Comics for donating these awesome products for you all to win! More details can be found at Prometheus-Movie.com/101112. Be sure to like our Facebook page and follow us on Twitter as well to up your chances!

thanks chris! very nice gesture. you guys are constantly trying to make things fun for the community. Much appreciated.

Thanks Joeyjoe. I'm glad you like it. Like I said, Fox could also be planning something in the near future, of that I have no doubt, but in case it's a while before they release anything, I thought the fans could use something like this. It's fun and we have a lot to give away this time!

After all, the fans are what make franchises like these thrive. So I figured this would be a good way to give back and keep the interest high. But again, I'm happy you like the contest man, I wish you the best towards winning! 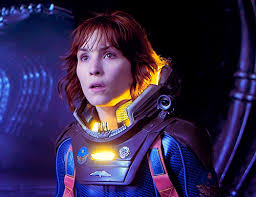 How do I submit the answers?

If you scroll down the /101112/ contest page, there's a heading that says "Submitting Your Answers" with that info, but basically just send us an email to [email protected] More details can be found on the contest page.

Wow! Amazing prize!
Ha, I didn't even know there was a DS game!
Perhaps wasn't the news we were all expecting, but none the less exciting! Thanks so much for this! I'm definately going to enter.

and thanks for your work

I'm holding out for the Director's Cut. I'm curious what Ridley Scott had to edit out to keep the film under 2 hours. I could watch 5 hours of a movie like this...just loved it.

Chris, you are the man. This site has been one of the most addictive, fun
and intellectually stimulating I've been on ever since I can remember.
It looks great and it has attracted very interesting people. I hope you
keep doing what you are doing, no matter what the project.

Where is that IMAGE from?
Used in the opening post?

Chris this is awesome! I've adored this site since the first day I logged on and probably even before that. Just entered and wanted to say a) good luck to all and b) thanks for giving us this awesome website and this awesome contest!

What would David have done if Charley Holloway had treated him decently?

I just got done watching the scene where Charles Holloway in a very di...

Prometheus packs that have the doco of the making of the movie.

Just wondering if people can help me with something. I bought the 3 in...

Commentaries: A great source of information on Alien / Prometheus movies

Hey I wanted to give a tip which may be obvious to some but unfamiliar...

There are a several Prometheus back stories thar are not addressed tha...

This forum has 7,264 discussions

This forum has 86 discussions

This forum has 205 discussions

This forum has 677 discussions

This forum has 586 discussions

This forum has 126 discussions